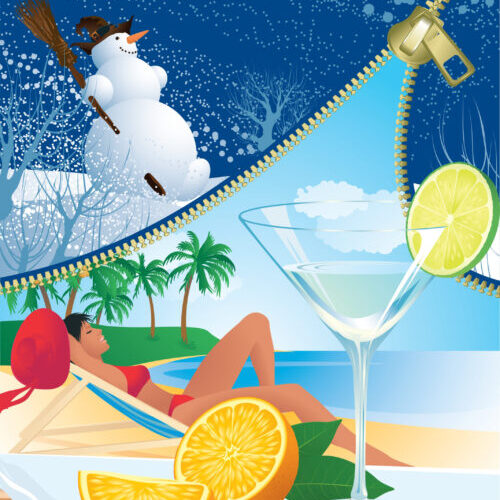 Do Southern Sprinkler Systems need to be Winterized?

Is it necessary to winterize sprinklers in the south, specifically, Birmingham, Alabama, where the ground rarely freezes?

Working for thousands of customers for fifteen years in the area, we have expert insight into this question.

If you ever come home to a huge block of ice mounding over where your sprinkler valves are supposed to be resting until spring, you will have your question answered.

But there’s a more subtle sign that you don’t notice until your sprinkler system doesn’t start when you need it most in our spring drought.

If you’ve ever faced a harsh spring drought in Birmingham, you know that when your sprinkler system won’t start in the spring it’s often due to unknown winter damage.  Then you’ll wish you had winterized sprinklers.

But still, if the ground doesn’t freeze is it a waste of money to winterize your sprinkler system? 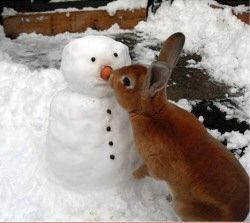 Every few years, cold winter days in the South damage sprinkler systems, when the temperature stays below freezing for an extended period of time, causing the ground to freeze. In Birmingham, AL, we have a frost line but not a freeze line like the northern states. So generally speaking the ground rarely freezes in Birmingham, however we do have extremes from time to time and that is when Birmingham sprinkler systems are better off shut down and drained. In the northern part of the United States the ground can freeze several feet down requiring sprinkler systems to be blown out with compressed air to get all the water out of the pipes. Not so critical in Birmingham, but still a good idea to go ahead and drain the water out before the cold temperatures arrive.

Bottom line, you won’t know if you needed it or not until it is too late.  For service in Greater Birmingham, Alabama, start now.

In January 2014, Birmingham, AL had 17 days in a row with lows of 32 degrees or below. Effectively freezing the typically warmer ground as the cold temperatures lowered the ground temperature incrementally each day as the ground, would barely warm back up during the day until eventually it didn’t and was frozen. Eventually the low temperatures exposed weaknesses in water pipes inside homes and outside sprinkler systems. Many residents who had exposed piping in attics that were never insulated properly suffered frozen water pipes and as soon as it thawed the broken pipes flooded hundreds if not thousands of gallons of water into their home. Not a good day by any stretch of the imagination as images of damaged sheetrock and water flooding a home come to mind and hopefully someone was home to turn the water off either at the city meter at the street or a valve in the basement. Because what is worse than this scenario is if the homeowner were out of town and the water ran for hours or days completely destroying a home.

Broken sprinkler systems are for the birds…

The sprinkler systems that are the most vulnerable have very shallow dirt over piping or worse yet completely exposed piping. Many new sprinkler systems in Birmingham are more vulnerable than some of the older ones due to new backflow preventer regulations that require the backflow preventer to be above grade, which exposes them to the colder temperatures. These systems usually have a fake rock and possibly an insulating bag over the backflow preventer. That is much better than nothing but the best product for keeping exposed piping warm in the winter is heat tape. The heat tape is attached to the piping, so that when the exposed pipes fall below about 37 degrees Farenheit, the tape heats up the pipe and prevents the pipe from freezing and bursting. The heat tape does have to be plugged into a 110 volt power outlet. A dedicated outlet for the heat tape in the valve box is great, but if you don’t have one, an outdoor rated extension cord will also work.

Winterize Sprinklers Even in the South

So if you have exposed piping and/or a backflow preventer that is above grade then you definitely need to winterize your sprinkler system. And if all of your piping is buried, in order to have peace of mind, in the winter, it is still a very good idea to winterize sprinklers. In the Fall, before Winter weather arrives is the best time to do it so you won’t be caught scrambling at the last minute before harsh winter weather arrives.

There are a few steps to take beginning with turning off the water to the sprinkler system. Most cut off valves are located either in the basement, close to the foundation of the house where the water line comes into the house or close to the city water meter. After the water is cut off, drain the system either manually at the zone valves or at the controller or both.

Also a close inspection of any irrigation piping that is above grade and thoroughly draining those pipes and possibly installing a drain for any exposed pipe if needed.

Make sure to install heat tape on backflow preventers if needed and checking that the AC power outlet servicing the heat tape is supplying power. An easy way to check is by plugging in a small lamp or appliance, if you don’t have a volt meter. Many times a simple GFI (ground fault interrupter) breaker could have flipped during a power surge and the very outlet that you thought was protecting your pipes is not even supplying power to the heat tape. If this happens try pressing the button on the GFI outlet to reset it and retest for power at the outlet. If you have a GFI outlet trip off, it can effect several plugs and by resetting the one it will reactivate all the plugs that are tied together.

Have you winterized your sprinkler system yet?  Where we live in Birmingham, Alabama, we normally start the beginning of November and most are completed before Thanksgiving.

Winterize sprinklers – diligence now will bring peace of mind throughout the winter and help to protect your sprinkler system while you are not using it in the winter.

If you are not going to winterize your sprinkler system yourself, a service call to have Blue Sky Rain winterize it for you is a must, if you have exposed piping. And a very good safeguard for everyone else. It is certainly worth the peace of mind and far better than repairs you’ll need from broken pipes and valves caused by harsh winter temperatures. It’s also a great time to evaluate your system for any other repairs and correct them before the spring drought rush.